Beat maker + rule breaker, modern Robin Hood, the realest; this is how ‘Outlaw’ describes himself on his Instagram, an account with more than 44k followers, that seems to be increasing by the hour.

You’ve probably read about Outlaw before in one of the many articles he’s featured in over the past year. Last summer wearing his signature black balaclava, he pitched up a roller banner in Piccadilly Gardens promoting ‘FREE BUD’ where he gave out £800 worth of cannabis. In December he was arrested for handing out £10 notes inside Christmas cards to rough sleepers, and more recently he’s been driving around in a van delivering essential packs of hand sanitiser, toilet roll and weed to people in lockdown.

We caught up with the masked activist to discover he’s now extending his free weed pack service to NHS staff and key workers; we found out why he’s doing it and why the Police haven’t fully felt his collar yet… 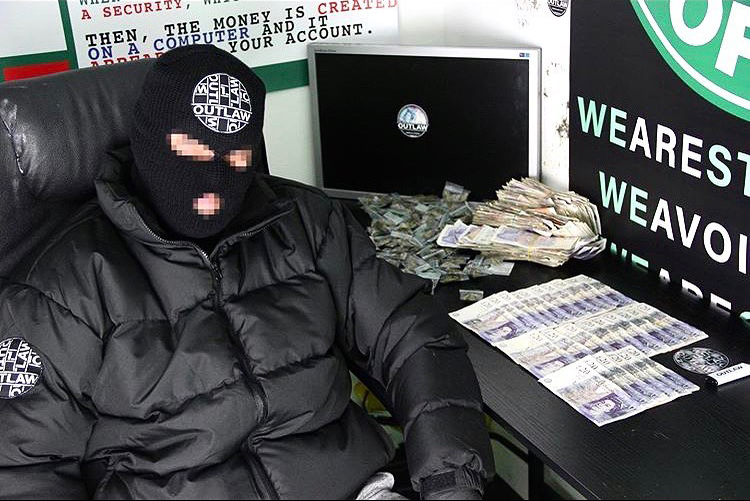 MF: Why did you start offering the free weed pack service to NHS staff and key workers?
OUTLAW: I wanted to do something that would help out the NHS staff and key workers directly. I’m sceptical about donating to the NHS as it is a government organisation and shouldn’t be treated like a charity. The clapping for the NHS is great from the people but it’s so patronising coming from politicians that have made it their mission for years to cut NHS funding and wages.

How much have you given out for free so far?
My first weed handout was last year in Piccadilly Gardens, where I gave out about 4 ounces. During the lockdown I’ve given out around 600g so far, but gave out hundreds of toilet roll packs and sanitisers too at the start of lockdown.

How are you able to do this, costs must be huge?
I grow the weed myself here in Manchester so it just costs the price of the seeds/cuttings and the electricity/rent etc. The stamps are the most expensive part of the free postage packs – I’ve probably gone through about £700 worth of stamps for the free giveaways. Most expensive giveaway I’ve done would be the homeless one at Christmas, where I gave rough sleepers around town a card with a tenner in. There’s no crazy team behind the scenes throwing money at this, everything is funded by me. 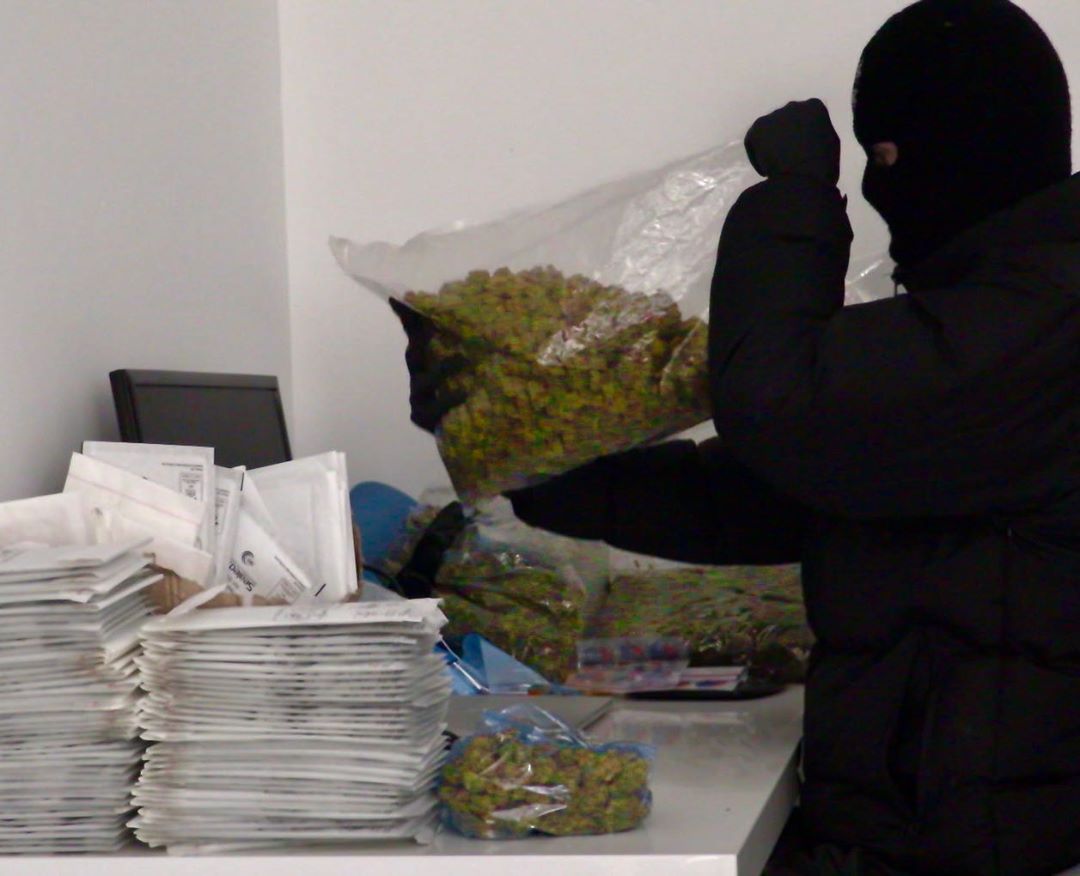 What has the response been like?
Really positive! Obviously they’re all under massive strain right now so they’ve been really appreciative.

How common place do you think cannabis use is amongst doctors and nurses?
I had requests from loads more doctors and nurses than I expected, so it’s definitely more common than people would think. Medical professionals probably keep their cannabis use fairly quiet because unfortunately there’s still a lot of stigma around it.

Do you think cannabis is helping individuals cope with isolation?
Yeah definitely, for many different reasons. For most people, weed has a calming effect so it’s good for people who might be anxious about this situation we’re in. It’s gonna help sparking creativity and expanding the imagination and there’s growing research to suggest that cannabis could actually help prevent Coronavirus, so that’s a bonus.

Do you think legalising cannabis would be broadly supported by healthcare professionals?
Yes. The benefits of cannabis are plain to see in other countries like the US and Canada. The only real argument against the legalisation of cannabis is the effect that it can have on under 18’s whose ‘brains are still developing’. So as long as the cannabis market was properly controlled and regulated, I think healthcare professionals would support it. 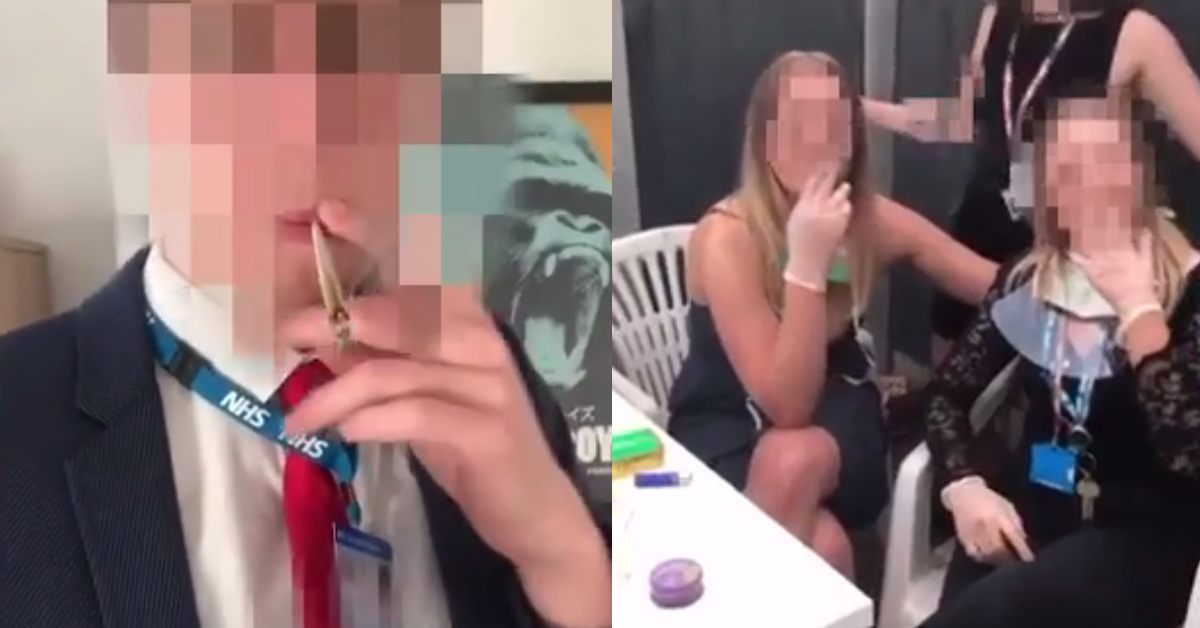 How would you feel about a doctor or nurse being under the influence of cannabis whilst treating you or your family?
I’d rather they were under the influence of cannabis than alcohol, maybe not so comfortable with a first time smoker! But it wouldn’t bother me if they knew their tolerances – people who don’t smoke cannabis seem to think it makes you trip or see mad stuff! It doesn’t. A doctor who is a regular cannabis smoker is just going to be less stressed/more focused on the operation. I’m not advocating for doctors or nurses to get high before work though. It’s a way to relax after work which is better and safer for you than alcohol.

How have you been able to do this without police putting a stop to it all?
It was a bit mad at the start, I couldn’t go out without getting arrested never mind all the weed stuff. GMP made a huge mistake when they illegally arrested me on Deansgate last year. I’ve got evidence to personally sue the detaining officers involved for over £20,000 but have held back on it. Police know me now and at the end of the day I’m not a threat to the public, if anything I’m the opposite. The police that stopped me for the Isolation van knew exactly what I was doing and what I was handing out and didn’t even try to stop me.

When I was detained dressed as Santa handing out the money to rough sleepers, another police officer came over to the van I was put into and told the detaining officer to let us go immediately. Had a decent chat with him, he said he had watched and followed us on CCTV handing out the cannabis in Manchester, didn’t see where we were picked up in the car but was happy to meet me and let us go.

At the end of the day, if you’re a smart, law abiding police officer you won’t illegally detain/arrest me and you’ll talk to me with respect, I’ll do the same and we’ll have no problems. Any time I’ve been arrested the police haven’t gained anything except a potential prosecution against them.

Me and Paul Kenward grow a lot of weed in the UK and it’s not hurting or harming anybody. It’s just that he’s got a licence from the home office and makes a huge profit from it, I don’t have a licence and give most of it away for free. 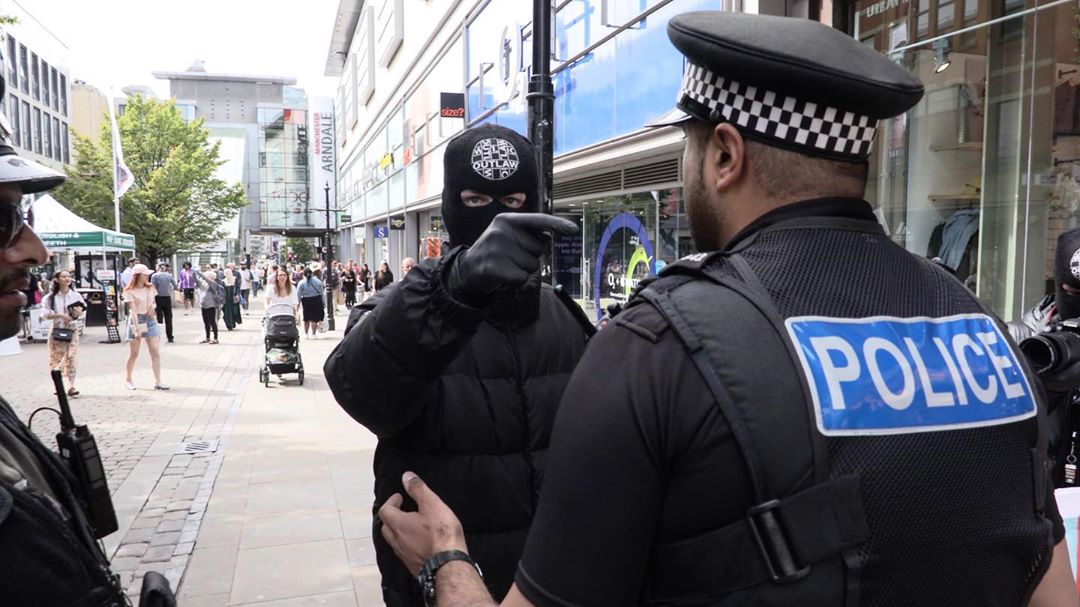 How much longer will you be doing these deliveries?
I’ll be doing a few more in lockdown and then we’re stepping up the game. Keep an eye on my socials!

What changes do you think we’ll see in society as a result of the lockdown?
Well obviously a couple of laws have been changed, I wonder when they’ll get changed back! I would like to see the hygiene measures continued though like cleaning supermarket trolleys. Big changes with the peoples trust in the government too, you can see people getting more and more angry with different politicians and government organisations each day.

What are your plans post COVID-19?
I was meant to be doing a smoke tour in June, visiting ten locations across the UK with free weed and live music, but that will now have to be postponed for now. I’ll be putting out the news dates and a few nes locations as soon as it’s confirmed.